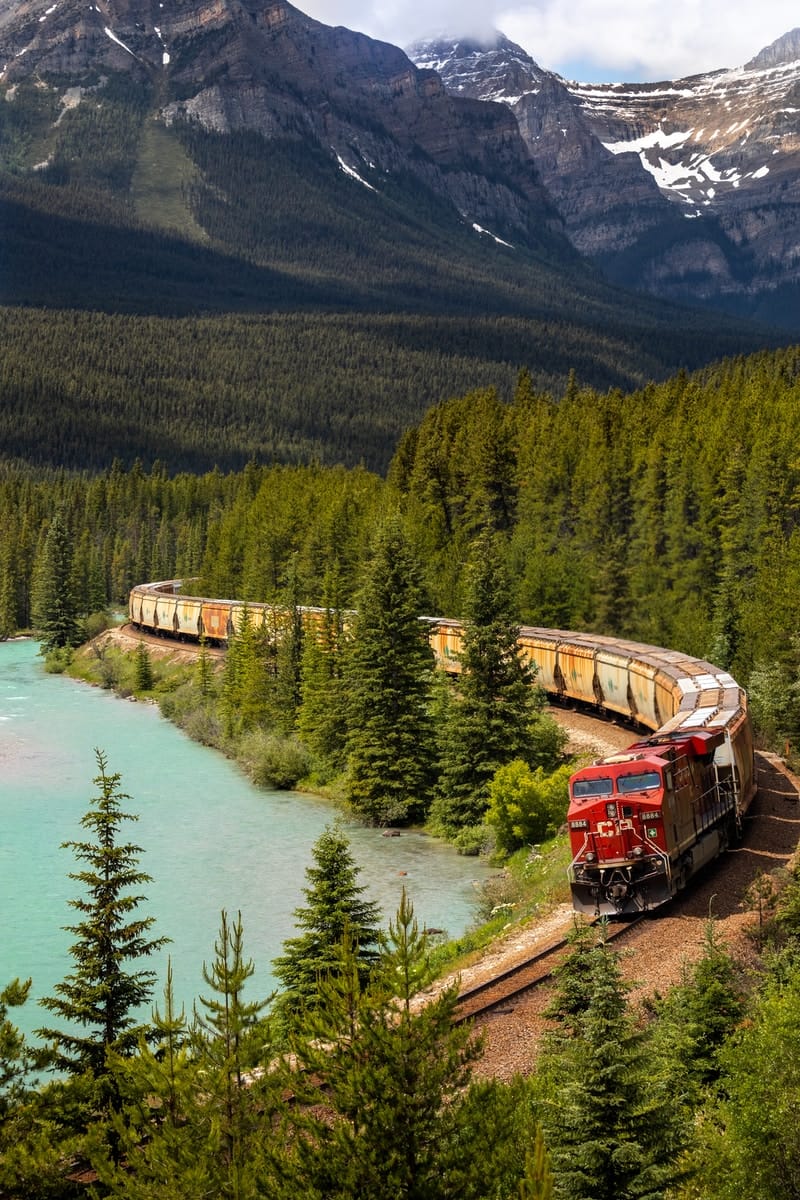 The Mighty Northern Rockies.  The wild wilderness gateway to the west coast.  The geographical setting of a cacophony convergence of multitudes trekking their way west. Explorers, trappers, entrepreneurs, settlers and railway workers.  A myriad of beautiful souls pursuing their hearts dreams.  Within this era, let us engage our imagination on a journey into the historical life of Mr. Earl H. Fiitzhugh.

Mr. Fitzhugh was born on February 1, 1853, in Danville, Missouri.  His extensive railway career began as a clerk for a master builder from 1871-1879 for Northern railway in St. Louis, Kansas.  He became the master of transportation for Wabash lines until 1889.  During this same year, Mr. C.M. Hays, manager of the Grand Trunk Railway of Toronto, appointed Mr. Fitzhugh as his secretary.  Having gained the respect and admiration of his manager Mr. Fitzhugh was appointed Superintendant of the middle division of Grand Trunk Railway of Toronto in 1896.  Mr. Fitzhugh often travelled the rail lines in his custom train car.  His most significant concern was to better the supervision of train and station service; what better way to observe this than from the privacy of his car.  His division for Grand Trunk Railway encompassed 1,500 miles of track, 4,000 men employees, 227  stations, and the shipping of vast quantities to foreign ports. Together with his able assistants, he accomplished these tremendous responsibilities.

Mr. Fitzhugh was interviewed by the Toronto newspaper called The Globe.  This unknown woman reporter published her interactive experience with Mr. Fitzhugh.  She had nothing but praise for his exemplary character and social skills.  We venture back in history to April 17, 1896, and read the nature of Mr. Fitzhugh.  He was a very busy man, yet very approachable and never too busy to take time for his employees. The general public only needed to stop by inquiring of his clerk and, if possible, have a visit with Mr. Fitzhugh.  Otherwise, the clerk attended the matter.  Mr. Fitzhugh, to her great delight, received her.  She was greeted by a man who was pleasant, handsome and good-natured.  His character was quiet, unassuming, determined and of unusual forethought.  As well as charming, respected and highly esteemed by all who were in contact with him due to his considerate, fair treatment of all.  This woman reporter observed a MERRY TWINKLE in his blue eyes as she asked his permission to tour the rest of the office and pleasantly offered to give her any required information.  The clerk escorted her office tour, where she was greeted by many men who were SURPRISED to see a WOMAN reporter in their office.

As we leave the heart-warming encounter with Mr. Fitzhugh, we focus our historical gaze westward.  The Northern Rocky Mountains. The Grand Trunk Railway arrived in the Rockies in 1910, setting up a DIVISION at mile 112 between Miette and Athabasca river.  The division was named Fitzhugh after Mr. E.H. Fitzhugh.  The Canadian government designated FITZHUGH as the administration center for Jasper park.  Grand Trunk engineers set up camp at mile 113 SNAPES HILL.  Mr. Fitzhugh, as told by railroaders of the day, came west as a surveyor engineer.  His railway expertise led him to oppose the proposed rail route.  He strongly advised that a segment of the track a few miles east of Tete Jaune be reverted west 100 miles on the opposite side of the river.  The officials of the day refused his advice.  It was reported that the officials regretted their decision, and thereafter this track segment has continued to cost millions in repair due to seepage from poor terrain.

In 1912, the president of Grand Trunk Railway, Mr. Charles M. Hays, voyaged to London to procure funding to direct Grand Trunk to New England.  He embarked on the H.M.S. Titanic on April 15, 1912.  Mr. Hays would never return to Canada.  He perished alongside numerous precious souls in the freezing waters of the Atlantic ocean.  In the absence of Mr. Hays, serious difficulties arose between Mr. Fitzhugh and his colleagues regarding the New England extension, which Mr. Hays sought to establish before his tragic death. This lack of unity forced Mr. Fitzhugh’s resignation, resulting in a lawsuit.

In light of Mr. Earl Hopkins Fitzhugh’s impeccable character and the toll of disputes, nothing is known of him after his retirement.

Most likely…he was enjoying peace AFTER THE STORM.