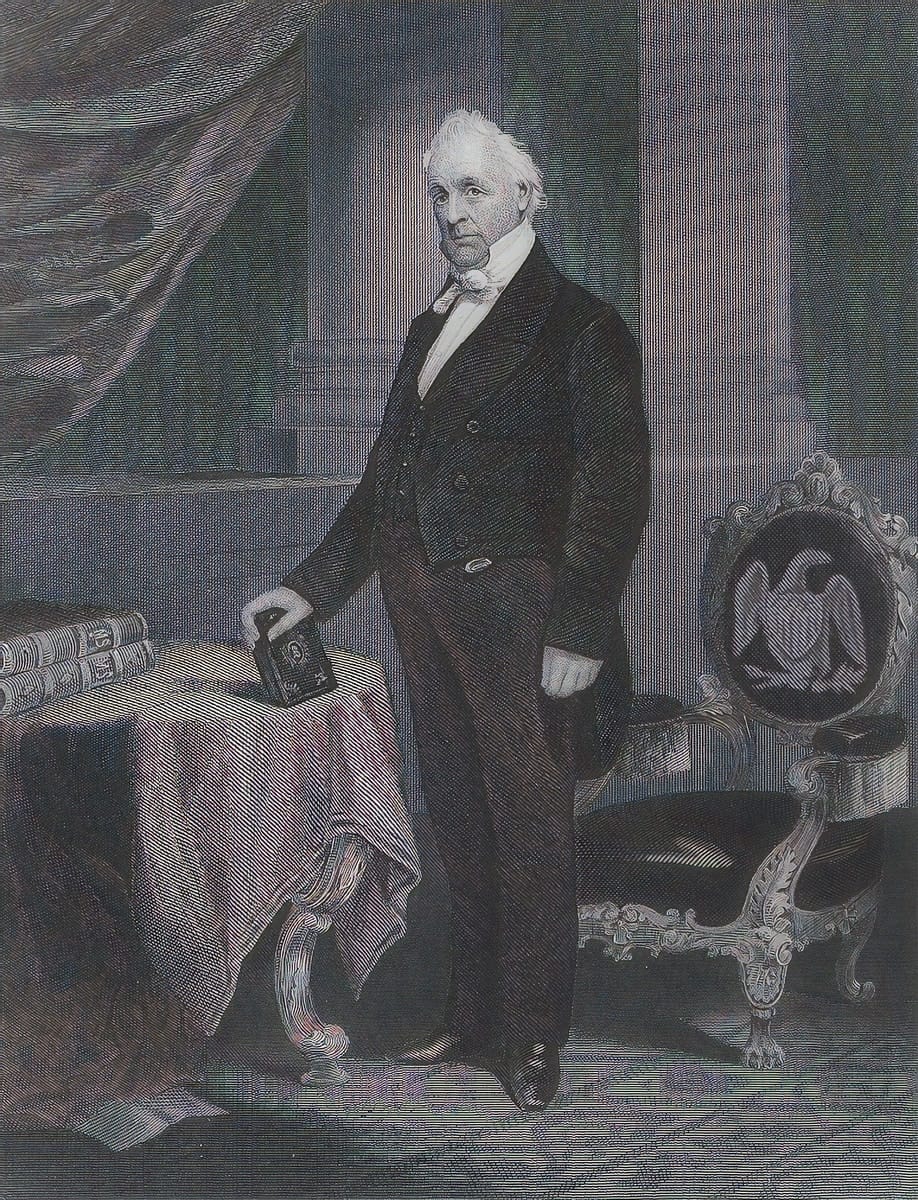 James Fenimore Cooper lived his life from September 15, 1789, to September 14, 1851.  A writer of historical romance depicting colonists and indigenous characters during the 17th through the 19th-century literature.  Having lived his boyhood and remaining years of his life in Cooperstown, New York, a town founded by his father, William Cooper.  He became a member of the Episcopal Church before his death.  James attended Yale University for three years, becoming a member of the Livonian Society.

His involvement in commercial voyages led to his service in the U.S.Navy as a midshipman garnering technology in the management of sailing vessels, greatly influencing the setting and characters of his future literary writings.  The Spy, a tale of espionage during the American Revolution published in 1821, launched his writing career.  Cooper’s best-known works, the Leatherstocking Tales, introduced the American frontier scout Natty Bumppo written between 1823 and 1841.  Numerous writings on the U.S.Navy were well received by naval historians though criticized at times by his contemporaries.  James Fenimore Cooper’s most famous romantic novel, The Last of the Mohicans, has been regarded as his masterpiece.  So much so, transforming into an epic big-screen movie starring Daniel Day-Lewis.  Cooper’s career extended into numerous published social and political works of fiction and non-fiction, challenging European prejudice and nurturing American art and culture.

James Fenimore Cooper was born in Burlington, New Jersey, in 1789 to William Cooper and Elizabeth Fenimore Cooper, the 11th of 12 children.  After his 1st birthday, he relocated to Cooperstown, New York, founded by his father.  Later his father was elected to the United States Congress as a representative of Ostego County, where William Cooper began constructing the Cooper mansion known as Ostego Hall.

At the age of 13, James attended Yale University, only to be expelled during his third year due to his notorious prank of blowing up a student’s door as well as locking a donkey in a recitation room.  Without completion of his degree, he sought employment elsewhere.  Obtaining work in 1806 as a sailor joining the crew of a merchant’s vessel at 17.  By 1811 he rose in rank to midshipman in the United States Navy via an officer’s warrant signed by Thomas Jefferson.

His father, William Cooper, died during Jame’s 20th year. Supposedly inheriting a fortune in money, security, and land was soon squandered away by endless litigation, leaving James penniless.  On January 1, 1811, at the age of 21, James married a wealthy woman named Susan Augusta de Lancey.  They had seven children, five of which lived to adulthood. Their daughter Susan Fenimore Cooper was a writer of nature, female suffrage, and various other topics.  James edited her work as well as securing publishers. Their son Paul Fenimore Cooper became a lawyer and carried forward the family legacy.

In later life, faced with the competition of younger writers and magazine serials, Cooper continued to write, resulting in more than half of his 32 novels written in this last decade of his life.

I am honoured as Sally Darlene Cooper to be a relative of James Fenimore Cooper.  An obscure writer budding 200 years later on the Cooper family tree.  I thank my Creator for this historical legacy of creative writing passed down through generations.  I endeavour to continue writing showcasing God’s character through his innumerable avenues of creativity.